Pre-Order A SEA OF SORROW, a new H-Team Adventure! With a story by me!

Coming October 17th, but available to pre-order NOW from Amazon, Kobo, ibooks, and B&N, (including Amazon UK), I've joined the H-Team as we set sail on our next adventure, tackling The Odyssey in our latest collaborative novel! 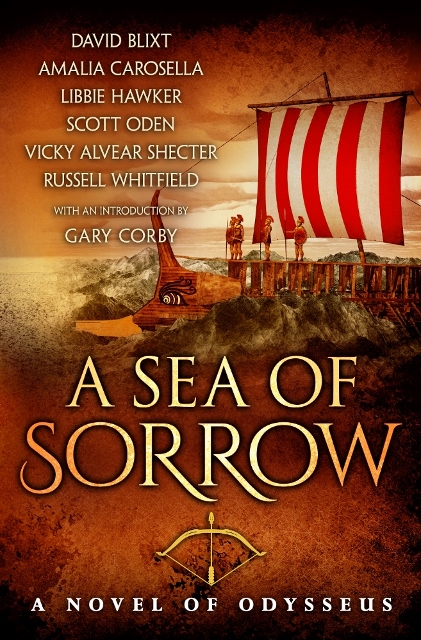 Six authors bring to life the epic tale of The Odyssey seen through the eyes of its shattered victims—the monsters, witches, lovers, and warriors whose lives were upended by the antics of the “man of many faces.” You may never look upon this timeless epic—and its iconic ancient hero—in quite the same way again. In the tradition of Madeline Miller’s Song of Achilles, and with the spirit of Lindsey Davis’ The Third Nero and Kate Quinn’s Mistress of Rome, A Sea of Sorrow transports you to the endlessly fascinating world of Homeric Greece.


Consider adding it on Goodreads, too, while you wait for October to roll in!

I've been keeping this project on the super downlow, but subscribers to my newsletter got the sneakiest of peeks into my piece of this novel back in June -- I'll let you all guess from that excerpt which of these perspectives is mine! (And if you want to be one of the first to learn about new projects and get a glimpse behind the curtain of author!me, make sure you're subscribed to The Amaliad, too!)